- The Founder of the Modern Romanian School of Physical Chemistry -

REBORN OUT OF WRECKAGE

The atmosphere is troubled in both proper and figurative sense:

_Some intricate and dubious ?juridical and transactional engineering? threaten the present location of the Institute of Physical Chemistry. Common spaces and even the Director?s and Secretary?s offices and some laboratories that belong to the Institute since 1977, the year when we were abusively moved to this building, are subject to unlawful claims. There is an ongoing Court battle

However, the 14th edition of the International Conference of Physical Chemistry is taking place in Bucharest. With a redesigned scientific and organizing structure, the present conference takes advantage of the generous hosting provided by the Romanian Academy.

This may be regarded as the expression of the most important qualities of the ex-communist scientific researcher, the ones that allowed his survival over even harder times: stubbornness and persistence.

?Like a bridge over troubled waters?, the 2010 edition of ROMPHYSCHEM is looking forward to the future with tempered and steady optimism. This famous song, composed by Paul Simon in 1969 and released on vinyl in 1970, seems to be the most appropriate anthem of the present edition of the International Conference of Physical Chemistry:

When tears are in your eyes

I will dry them all

I'm on your side

When times get rough

And friends just can't be found

I will lay me down

I will ease your mind 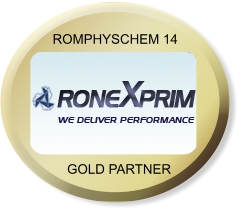 We have 86 guests and no members online